In her happy Instagram story, the “Morning Show” actress posted a picture of herself and Kudrow at the People’s Choice Awards in 2003, as well as a GIF of Aniston’s and Kudrow’s “Friends” characters Rachel and Phoebe jumping up and down and cheering.

People say that Aniston wrote “Happy birthday @lisakudrow” on the photo of herself and Kudrow from 2003. Aniston just wrote “I love you” under the GIF of Rachel and Phoebe. 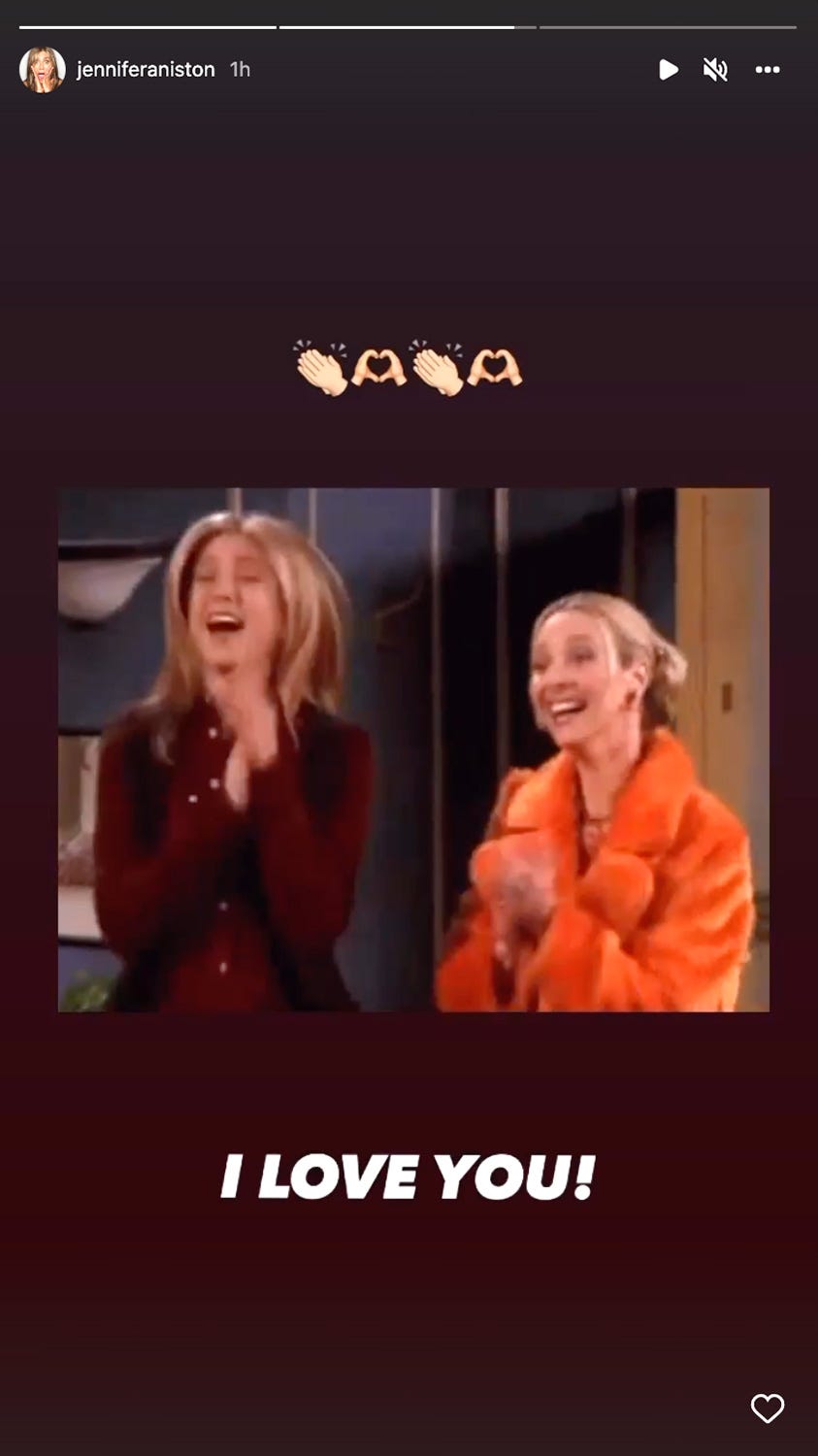 To finish the sweet birthday posts, the “He’s Just Not That Into You” actress shared a recent photo of herself kissing Kudrow on the forehead, along with heart, birthday cake, and kissy-face emojis.

Since the hit NBC sitcom “Friends” ended in 2004, Aniston and Kudrow, as well as their other “Friends” co-stars, have seen each other often. During the 2020 Emmy Awards, for example, Aniston, Kudrow, and Courteney Cox, who played Monica Geller on the show, made a surprise appearance together. They joked that they had been roommates “since 1994.”

Most recently, Aniston got together with Kudrow, Cox, Matthew Perry, David Schwimmer, and Matt LeBlanc for an unscripted reunion special on HBO Max in 2021. Sets from the original show, which ran from 1994 to 2004, were recreated for the special, and the cast talked about their time on the show.